I don’t quite know what made me do it, I wrote a short story while my second novel was going so well, but I think I just had this idea that had to be addressed. Months before I published my short story, I wrote a poem entitled The Racer. I had this picture in my mind of an old man remembering the glory of his youth.

Glory of youth… that lead to the idea of writing a young adult parody. So I hit the keyboard and churned out the thing in less than a week. I love to mock young adult fiction, but now I have done it in style. It is not that  I believe that writing YA is wrong, it is that I believe that most authors are going about it in the wrong way. Maybe I am just a grumpy old eighteen year old.

The End takes place in a clinic at first, but after the administration of a new drug the old man is healing from his dementia. So much so that he is sent to a place where there is Trials. Here he must cope with a bunch of older “lab rats” to survive. He meets a guy who tells him how everything works. He meets a smart guy. He meets a bully guy. He meets a mysterious character. I am not only writing clichés, but I am having fun pointing them out. The story remains unique and funny. If you are interested you can buy it here.

Have you written a parody lately? W 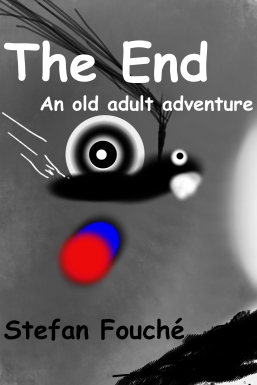